What Mike Jones Does

Specifically, Mike Jones performs music from what’s become known as the Great American Songbook for more people each year than any jazz pianist in the world. Really. This is because, as music director for the enduringly popular Penn & Teller Show in Las Vegas and other venues across the globe, he plays these classic standards in the “warm-up” hour – and during and between the onstage magic – for the millions of visitors who attend the show. In a career spanning four decades, Jones has wowed audiences with his virtuoso skills and stylistic flair – nowhere to greater acclaim than at the sold-out houses in New York that marked Penn and Teller’s 2015 six-week return to Broadway.

In general? Mike Jones plays the piano as if had more than 88 notes and as if each of his fingers were Usain Bolt.

How He Does It

Mike Jones is a thoroughly modern throwback to what used to be called the “two-handed pianist,” which is not as obvious as it sounds. The term describes a jazz pianist who makes full use of the entire range of the instrument, and whose left hand prowess matches that of his right. Early jazz styles such as Stride and classic Swing offer prime meat for such virtuosic pianists, and when it comes to most effectively demonstrating the durable beauty of these idioms, Mike Jones has drawn plenty of praise as the modern master of these styles. Small wonder, since Jones used two of history’s greatest such pianists – the peerless Oscar Peterson and the latter-day stride exponent Dave McKenna – as his early models.

To quote one review: “While Jones’s right hand reels off vertiginous runs that rival the pyrotechnics of such legends as Oscar Peterson, Earl Hines, and Art Tatum, his left spins elaborate walking bass lines – at top speeds they turn into manic stride patterns – that seem less like accompaniment than a separate and completely satisfying performance.” That’s how he does it. And then he throws in a running commentary of quick-witted musical allusions – everything from old torch songs to The Twilight Zone theme – as a coup de grace.

For more than 30 years he’s dazzled listeners, in performance and on celebrated recordings, with displays of solo pianistic wonder. When his hands are moving faster than the eye can follow, he approximates the splendor of a full jazz orchestra. 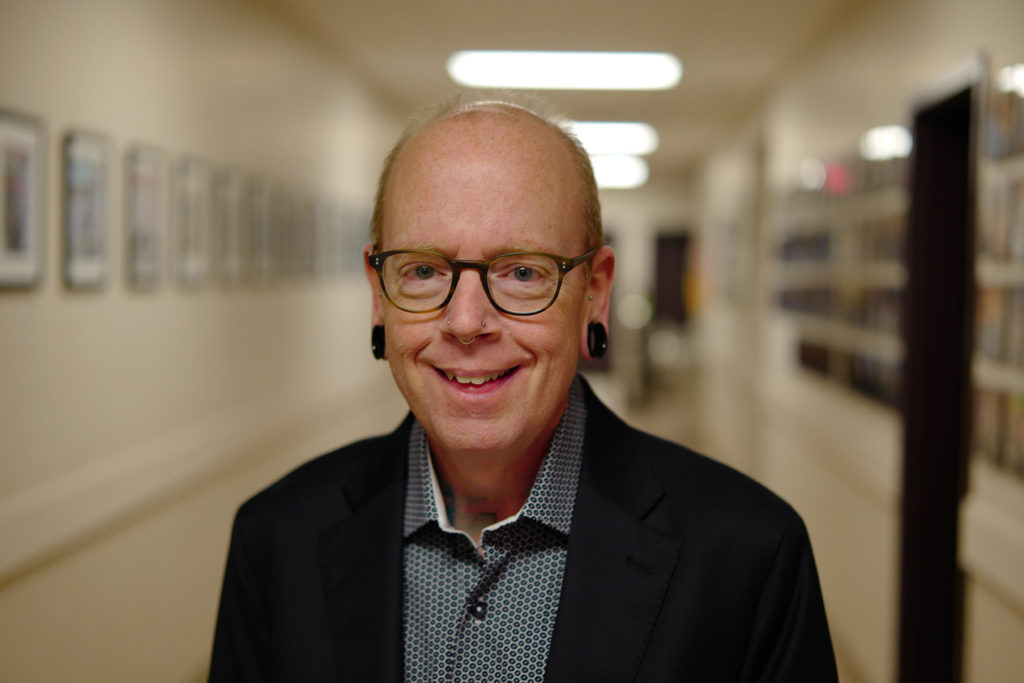 How He Got Here

Born and raised in Buffalo, NY – the only American city named after a huge smelly mammal – Jones attended Berklee College of Music in Boston, and after college he remained in the city, working with such eminent local players as Herb Pomeroy and Gray Sargent. After significant East Coast performances, appearances at the Floating Jazz Festival on the S.S. Norway and the Queen Elizabeth ll, and a series of recordings that established him as a world-class pianist steeped in the pre-bop jazz tradition, Jones relocated to Las Vegas. There he caught the ear of Penn Jillette who, in 2002, brought Jones onboard for the nightly Penn and Teller show at Rio All-Suite Hotel and Casino.

His debut album, Oh! Look At Me Now! (1994), went on to become Chiaroscuro Records’ best-selling title by a new artist; the follow-up, Runnin’ Wild, was released in 1996 to rave reviews. Jones has since recorded three more highly successful CDs in the following decade, including the 2005 album recorded at the world-renowned Green Mill in Chicago – a venue with which, since his first appearance there in 2002, the pianist has had a regular trio gig at his disposal.

Jones’s impressive technique allows him to carry the show all by himself, and he frequently appears in a solo context. But, as those who have attended the Penn and Teller Show can attest, Jones has also performed with one other instrumentalist for years now. That “other instrumentalist” would be the self-described taller member of the comic duo, Penn Jillette, who plays bass with Jones – or “Jonesy, the Jazz Demon,” as he is fondly known around the show – during the introductory musical segment each evening.

In 2013, Jones released Plays Well With Others, his first album on the Capri Records label. He followed that up with Roaring in 2016 and The Show Before the Show in 2018. He is a Kawai Pianos artist.